Yvoire is a medieval village on Lake Geneva, where I visited with Claire Darbaud and her children in June 2012. I took two photos of this wheelbarrow with "iron tires"—iron hoops fixed to the wooden wheels. 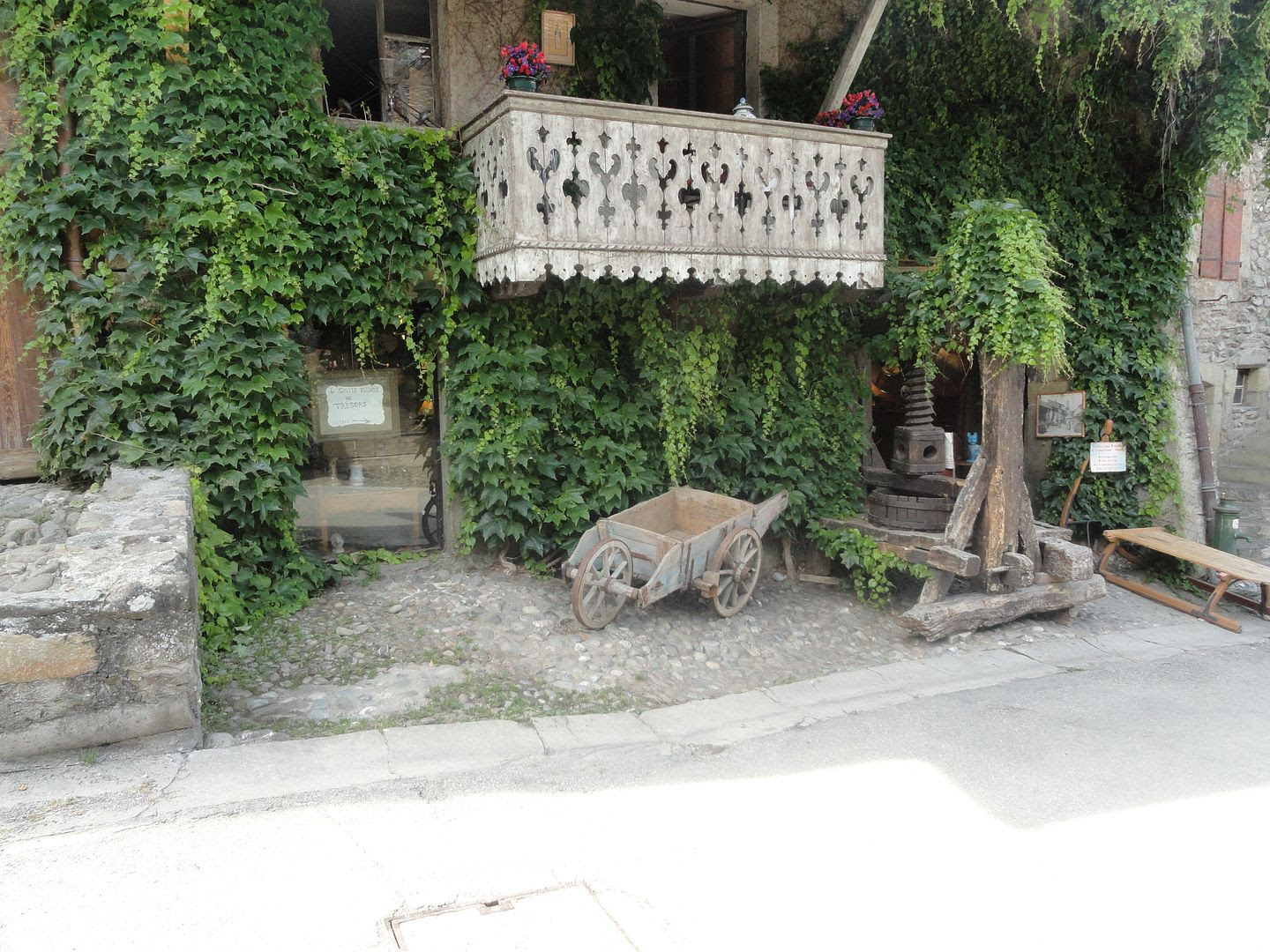 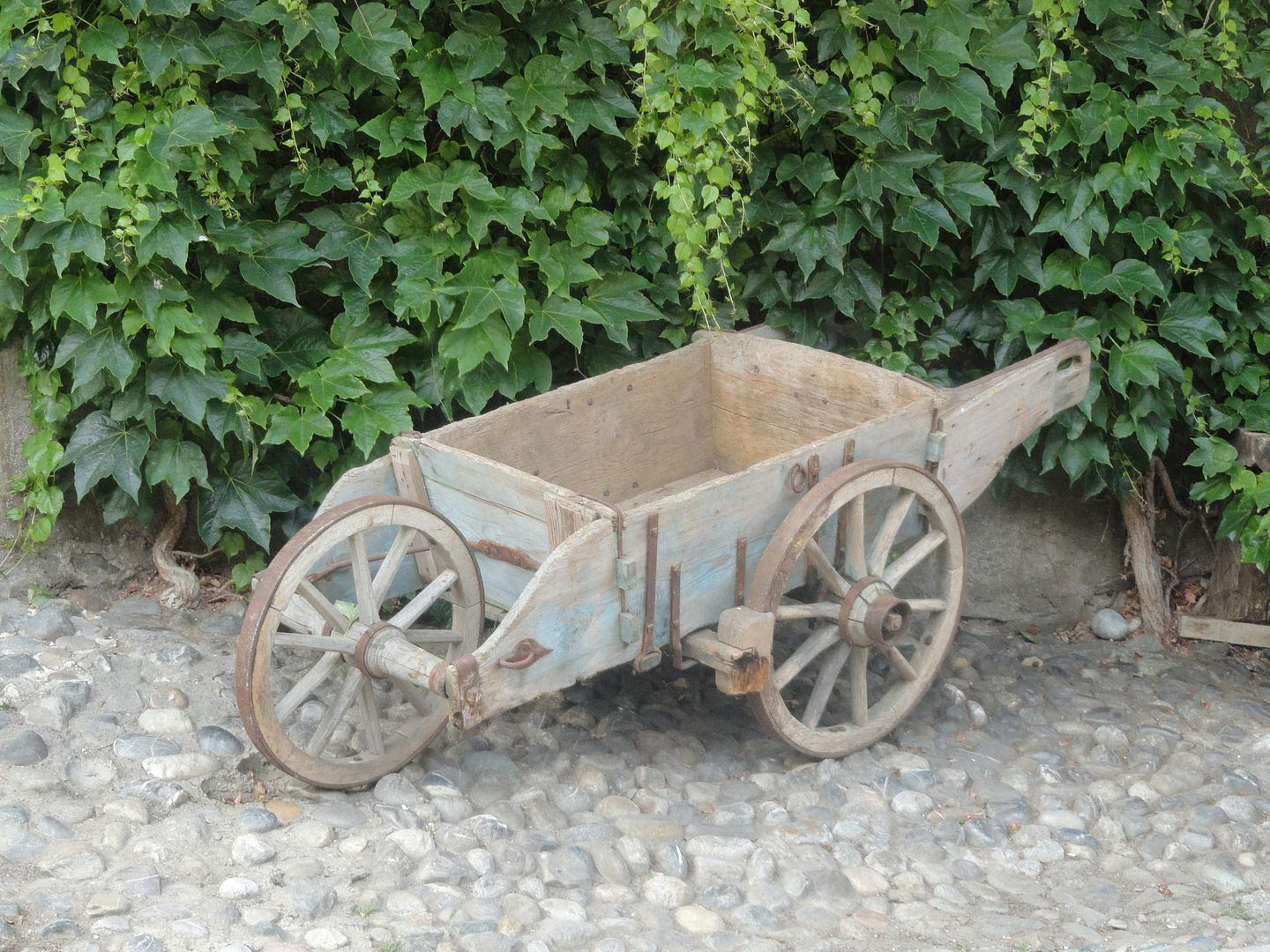 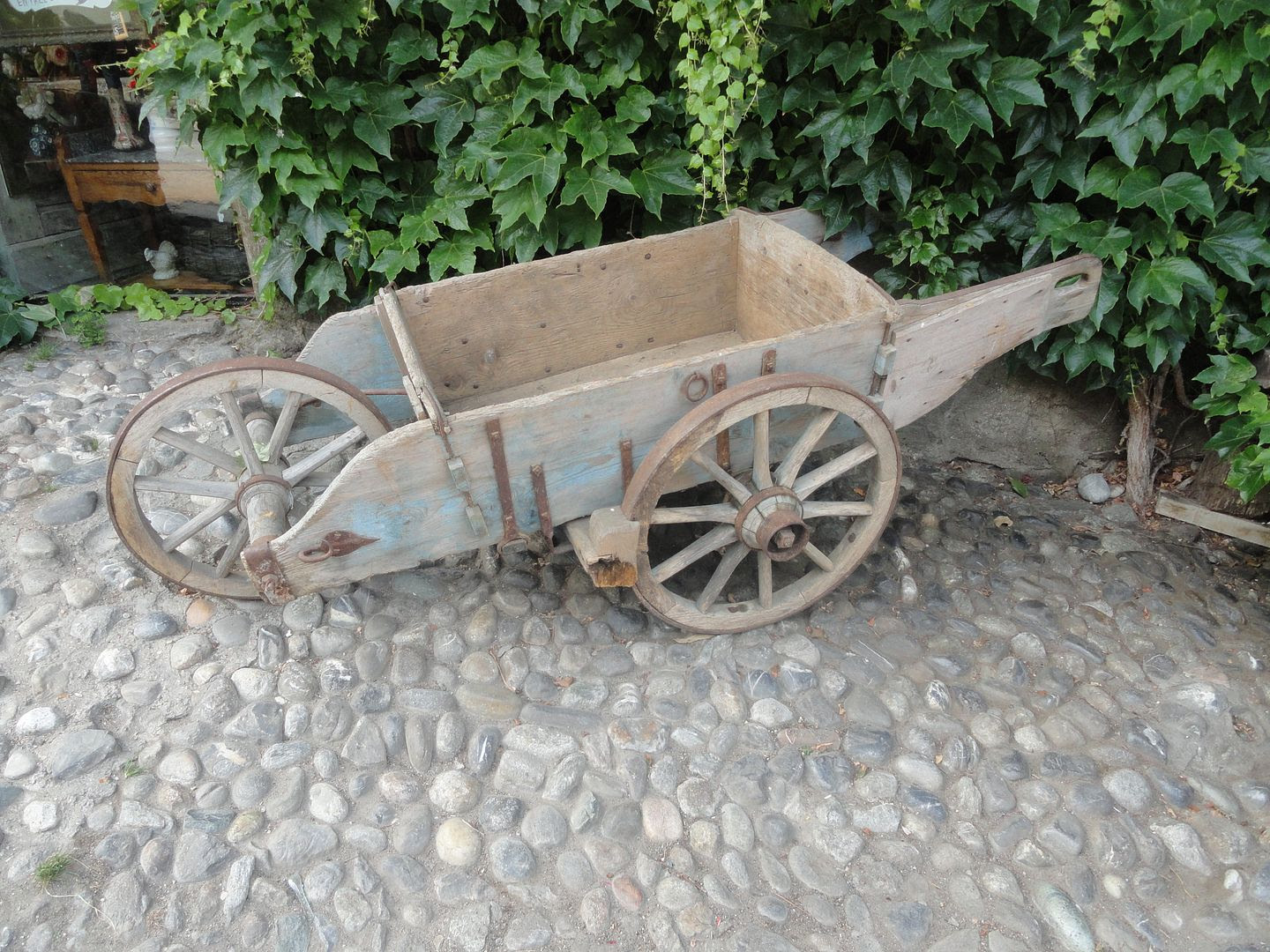 I don't know how old it is, but if I were pressed to guess I would say 18th century. I hope it's older, but I have no idea. With the wheels as they are, it could have been pushed on three wheels if it was very full, but lifted and scooted along quickly if it were empty.

"In modern times, wheelwrights continue to make and repair a wide variety of wheels, including those made from wood and banded by iron tyres." (source)

Email ThisBlogThis!Share to TwitterShare to FacebookShare to Pinterest
Labels: old