Two wheelbarrows at the farm where my daughter, Holly/Bitsy works, west of the Rio Grande, near Sunset and Central, in Albuquerque. One was by the shed and the other in the truck, when I visited. 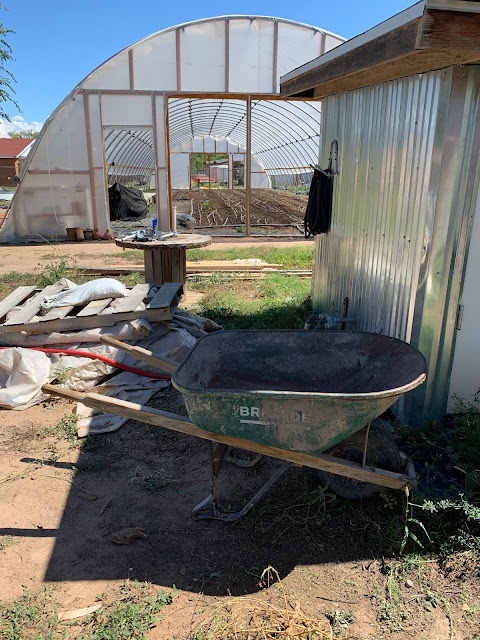 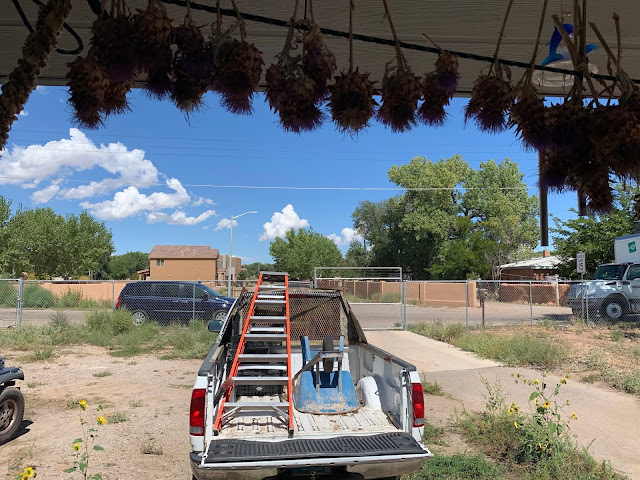 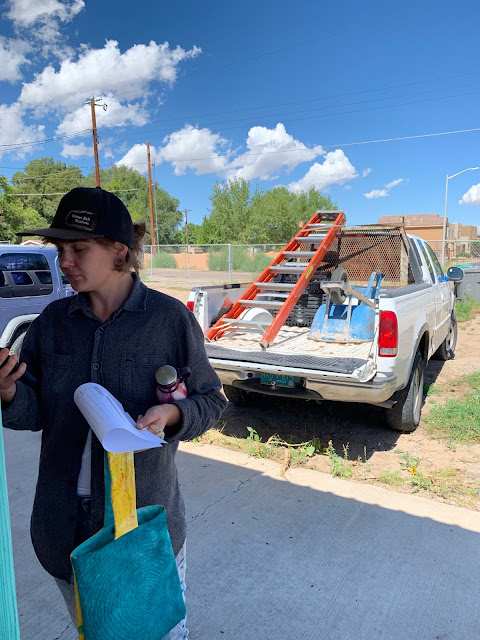 Posted by Sandra Dodd at 5:01 PM No comments:

In 1987, David Roybal took this photo of Lucia and Ricardo Medina in their yard at Llano de San Juan at the feet of the Rockies southeast of Taos. I saw the image and wrote to ask if I could use it here. David let me know that it was one of his favorites, of the photos he took in those days as a newspaper journalist, and added, "My wife, Marlene, likes it, too. So much so that she painted the image," snd gave me permission to use both!

I've shared photos, and paintings, but this is the first time both appear together. 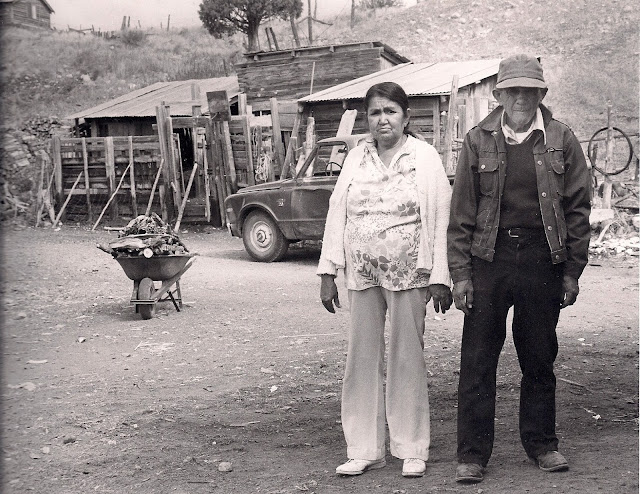 Marlene cheered them up, made their truck a beautiful green, and gave us a better view of the wheelbarrow! 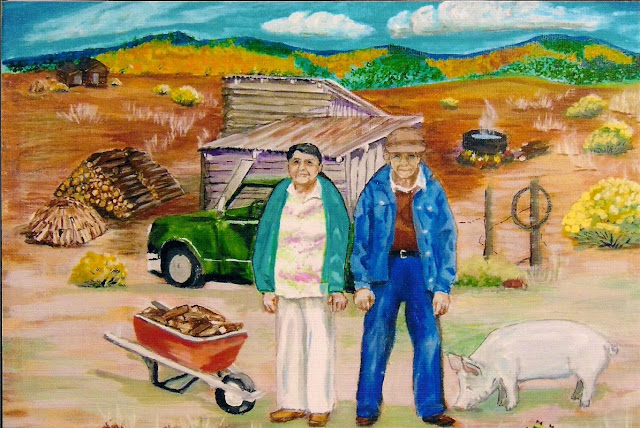 David and I went to the same high school. He was a year older, and became a journalist.

The photo above appears in David's fifth book, published this year, called New Mexico Stories: Truths, Tales and Mysteries from Along the Río Grande