There was a club called "Wheelbarrow at 55 Camden High Street, Camden Town, London but it's not there now. Luckily, there are still some images around.

This seems to have been take from a window (bus? another business?):

If anyone comes by who know when it was founded and why it was named "Wheelbarrow," please leave a note! If there was any wheelbarrow art (on signs or menus or whatever) I'd like to see that image, also.

In a discussion about commonplace things where we live that would be exciting and exotic to other poeple, Davina Harrington of South Hedland, Western Australia, wrote: "We have a giant wheelbarrow in town and a huge salt pile that looks like a big snow hill :)"

I wrote and asked for more details (naturally), and received this treasure: 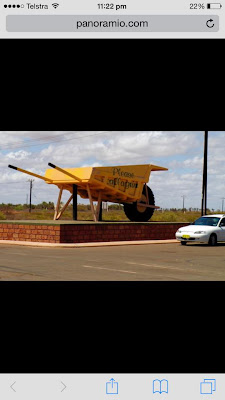 It's a wheelbarrow that's been constructed from parts of an ore truck called a Haul pack - they are used for mining of iron ore here the wheel at the front is also from the same type of truck. It's located at the entrance to the light industrial area and has become a local landmark. That part of town is called Wedgefield.

I found [a photo]. Pretty sure it was taken a while ago it still looks quite new. It was made by volunteers which is cool.

"just so he can match your eyes"

"He'll wear you favorite color just so he can match your eyes..."

from "Enchanted," a wheelbarrow on each side after the contruction workers' part of "That's How you Know" 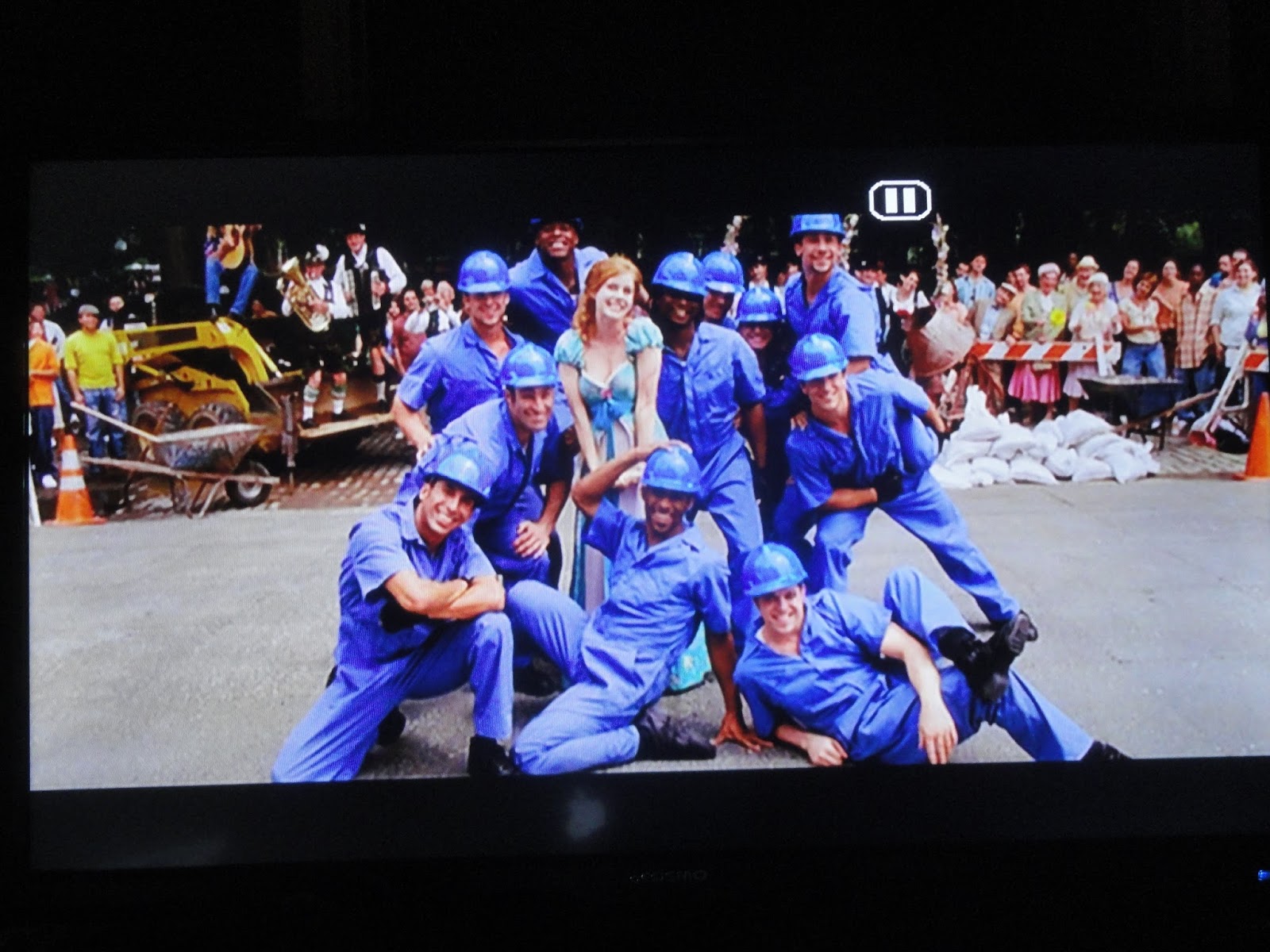 This song probably has just about anything anyone could want to see.

Posted by Sandra Dodd at 7:37 PM No comments:

Email ThisBlogThis!Share to TwitterShare to FacebookShare to Pinterest
Labels: film/tv

Egads! Sandra Dodd, look who I found trying to harvest our mimosa pudica seedling. A teeny man with a wheelbarrow. Thought you'd like to see the wheelbarrow, but I told the little guy he'd have to go. We only have one seedling, and simply he can't have it! I took this picture just before he departed. He didn't seem to mind. I think he must have been reflecting on his misfortune. I'll plant some more seeds. If I get more than one sprout, I'll make sure to give him one if he visits again. I'll see if he'll let me take another picture then. 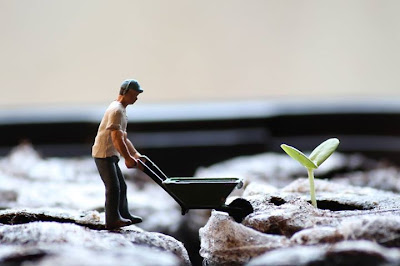 Posted by Sandra Dodd at 7:10 PM No comments: