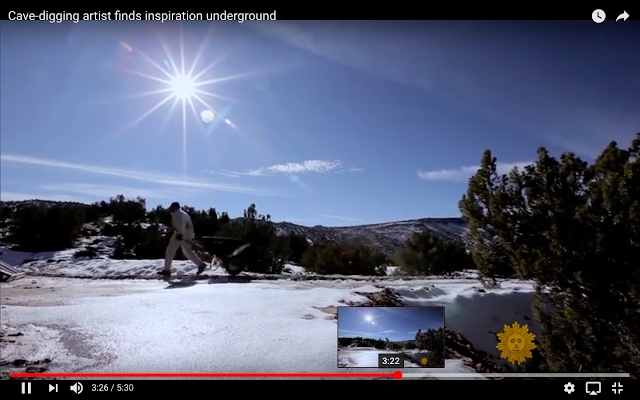 The man is an artist named Ra Paulette. He has created caves from sandstone hills in northern New Mexico. One of the caves is at Origin, where my daughter, Holly, works. They have an Origin Art Cave Tour.

The image above is from a piece on CBS Sunday Morning, and you can watch it here, on Ra Paulette's facebook page, or maybe at the CBS site if you're in the U.S.

Pulling a wheelbarrow behind isn't so easy, so I'm guessing it was empty and he was running or trotting along. I could be wrong. (Keith says "depends on the wheelbarrow.")

Here he is posing with it: 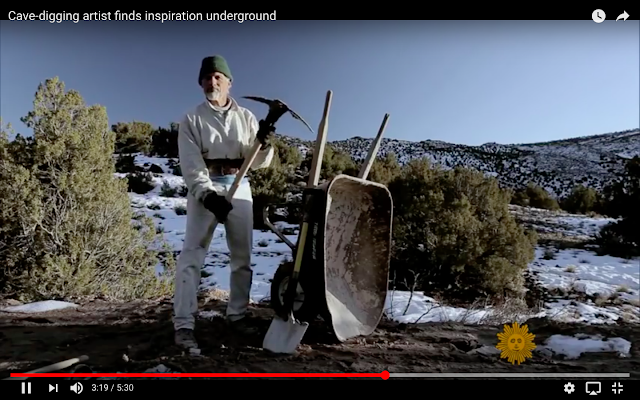 Posted by Sandra Dodd at 8:16 AM No comments: 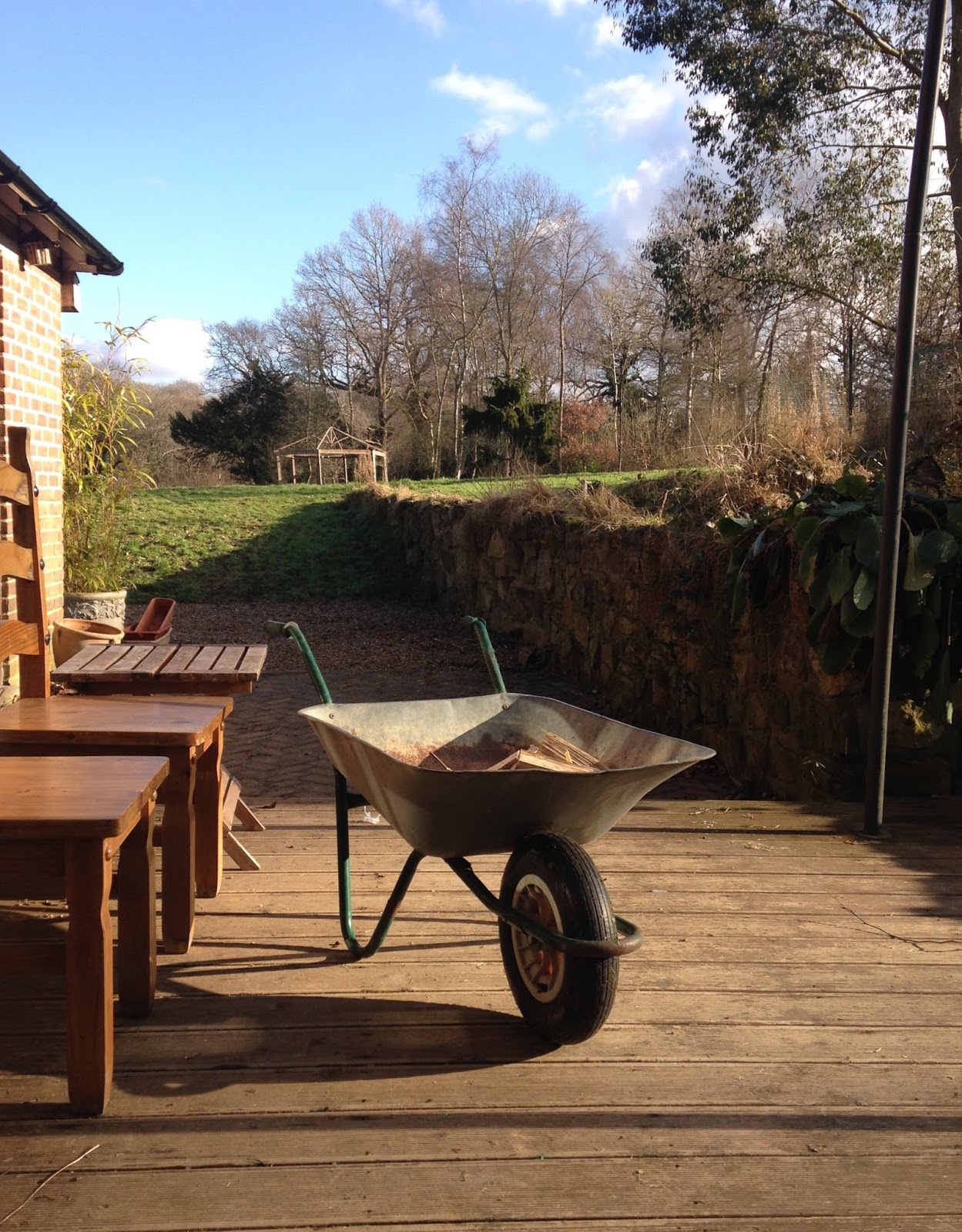 Janine's smaller wheelbarrow, when they lived in Molesley in Surrey, is here, full of kids and stuff: Grabby Crabby Barrow

Now they've moved to Rotherfield in East Sussex, and I hope Janine will send me photos of wheelbarrows she sees in their new surroundings, as she did from Kingston and thereabout!

NOTE ON THIS ONE:

Hi Sandra,
A wheelbarrow for you 🙂 An inherited wheelbarrow. Karl found it behind the log cabin at the new house. He is using it to transport fresh kindling and logs to the back door for use in the house wood burners.

Posted by Sandra Dodd at 7:37 AM No comments:

Wheelbarrow and a windmill "So here for you today is a picture of our wheelbarrow, in Cloud’s field with the sea and Rottingdean windmill in the distance. If you have a publisher called Heinemann in the US you might recognise the windmill from the spines of those books!!!"
—Belinda (from Brighton!)
Posted by Sandra Dodd at 7:26 PM No comments: