There's a wheelbarrow out there, in the middle of a field, all by itself: 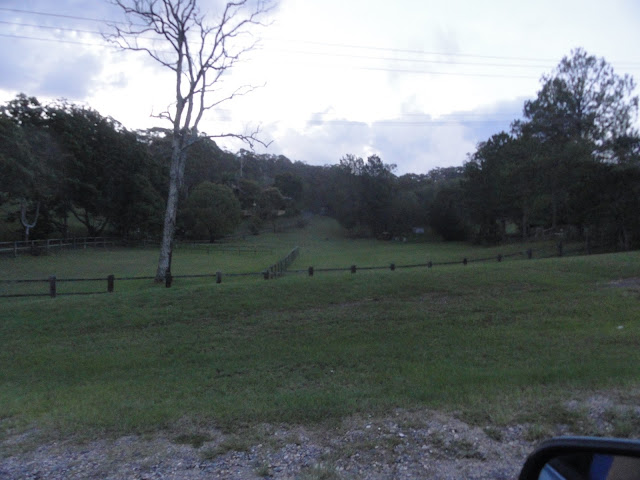 Schuyler and I were on the way back to her house, having locked up the hall after two long days of the Gold Coast symposium on March 29, 2014. It was dusky so the camera couldn't focus on a long zoom, but here it is. a green one. Can't tell what was in it, or why someone left it there and walked home. :-) 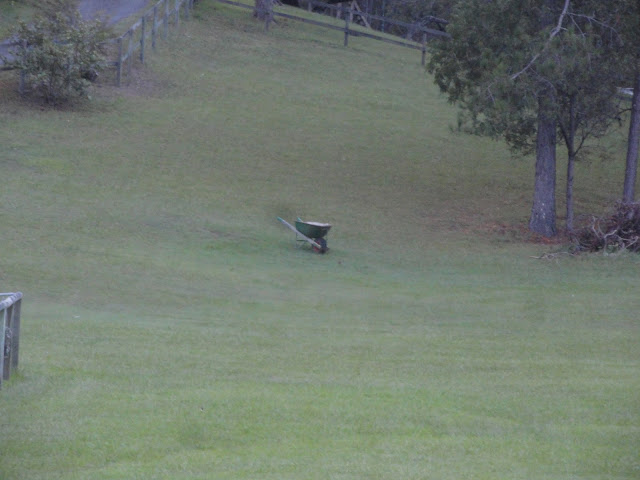 I didn't notice the wheelbarrow at first.
I saw the sign a block from the house where I had just been bitten by many mosquitos. 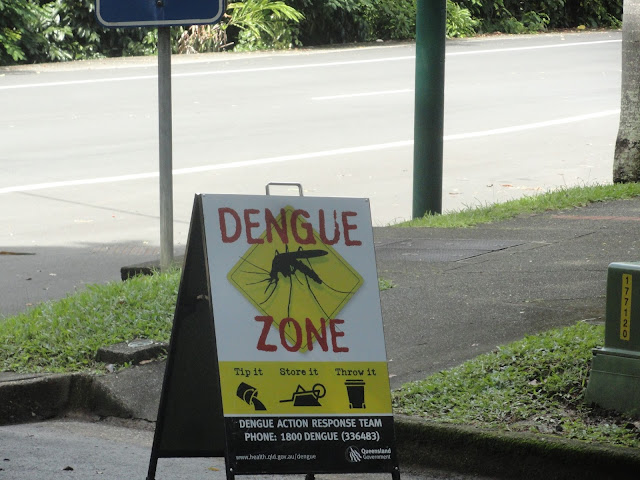 Several days have passed and I feel fine, but now I noticed the wheelbarrow.
Posted by Sandra Dodd at 3:11 AM No comments:

Jo Isaac wrote "Brett with his new wheelbarrow....collecting wood in the snow!" 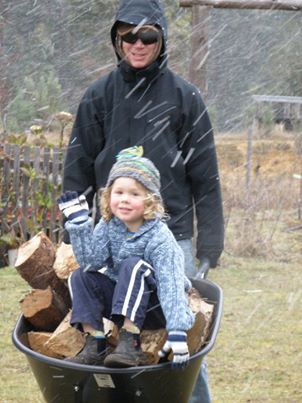 If it ends up being a duplicate (now or in the future), I don't mind, because it's beautiful.
Posted by Sandra Dodd at 1:21 AM No comments:

This photo of Osborne House is courtesy of TripAdvisor
David Newbitt's commentary, on a photo of his that has been removed:


Another shot from our trip to Osborne House. These are the wheelbarrows used by Queen Victoria's children to tend their vegetable plots. They must have been non-sharing children, as each has his/her name painted on them (Pss. H is Princess Helena, Pss. R is Princess Victoria, Princess Royal and so on).

Apparently their father, Prince Albert, encouraged them, and bought their produce from them at going market rates!

Posted by Sandra Dodd at 1:30 AM No comments:

A company of wheelbarrows 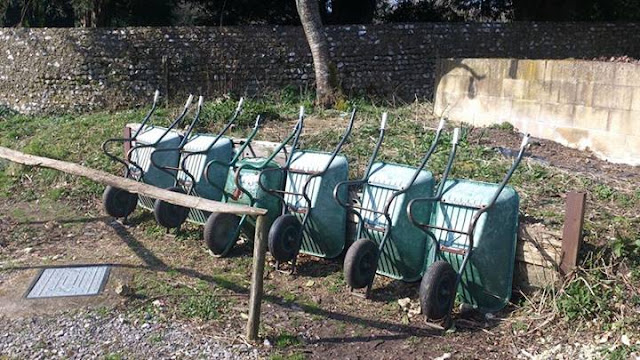 One is different. Five and one.

In the U.S. I haven't seen wheelbarrows so regimented as in the UK. I like this orderly row. I hope I find a photo I took of a wheelbarrow that matched the pickup truck it was in, and had a mounting. I saw several of those, as though the wheelbarrow belonged in, and to, that particular truck.

Just out of curiosity, I googled "Uppark house wheelbarrow" and got some hits. They images will be links to where they were found.

Jo wins her fight with the wheelbarrow

Jo, a slope, and a wheelbarrow

In PDFs I can't easily link here, one talked about something there being heated by wood-fired boilers, and wood chips were transported by wheelbarrow. Another PDF had a facsimile of a book, and talked of parties at that house in the 19th century that were wild enough that drunken guests needed to be transported back to the house in wheelbarrows. I wish they had pictures of THAT!

The Literary Guide & Companion to Southern England
books.google.com/books?isbn=0821412256
Robert M. Cooper - 1998 - ‎Literary Criticism
In no time at all he was Sir Matthew Fetherstonhaugh, Bart., of Uppark. ... had to be carried from the banqueting hall back to the main house in wheelbarrows

Rusting out, in Currumbin Valley 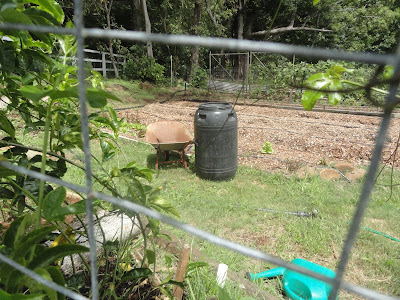 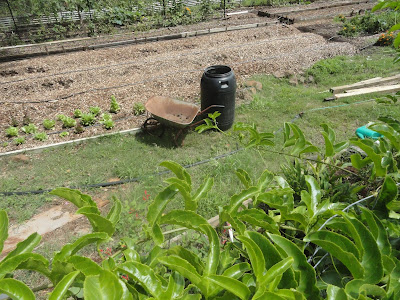 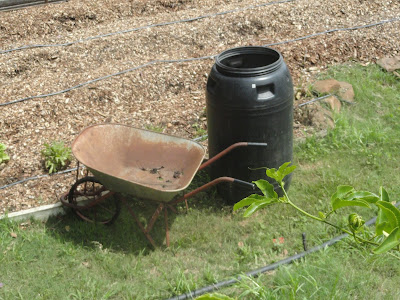 Posted by Sandra Dodd at 6:17 PM No comments: 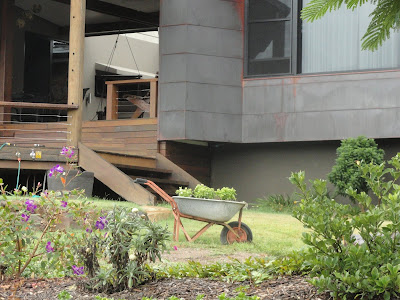 In front of a house in a large gated community that doesn't allow dogs or cats—so wildlife will be out and about.

The wheelbarrow seems especially reinforced, but was sitting as a little planter. 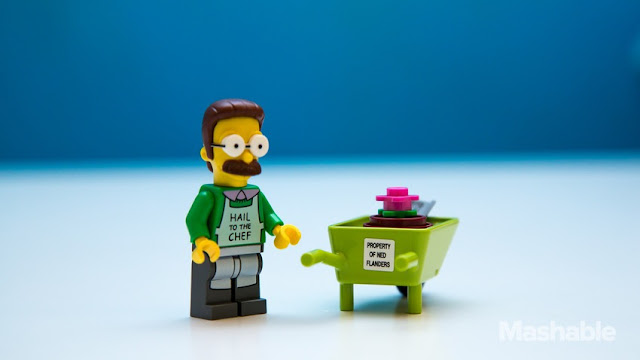 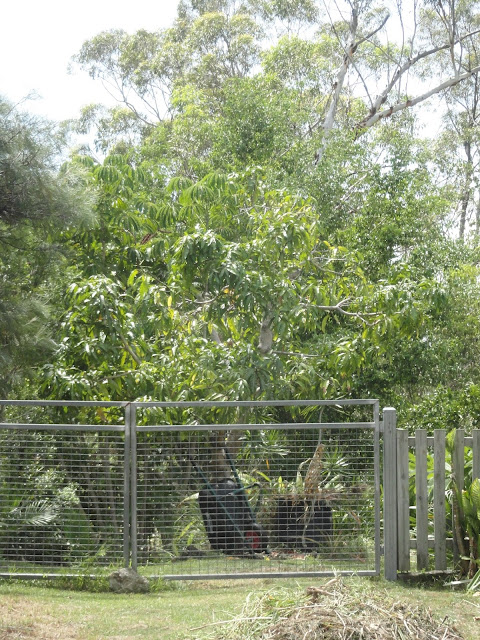 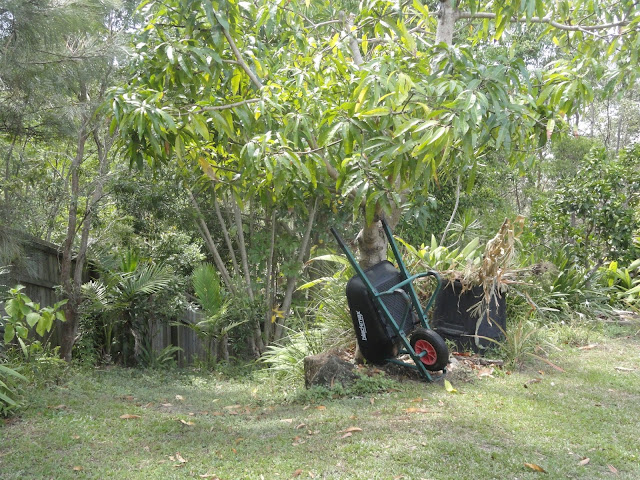 Posted by Sandra Dodd at 6:47 PM No comments: