"I finally have a wheelbarrow picture for you. This is a stone bridge, originally built by the CCC in 1933 (I believe) in Robert H Treman State Park. It was washed out in a flood in 2013, and is still being rebuilt." —Linda Wyatt 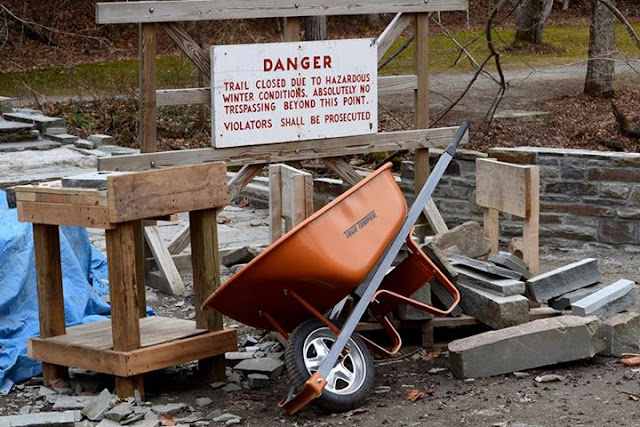 (Links were added by me—"CCC" stands for Civilian Conservation Corps, and anyone who doesn't know about that will probably find it interesting. Robert H Treman State Park is near Ithaca, New York. I looked it up.)
Posted by Sandra Dodd at 9:57 AM No comments: