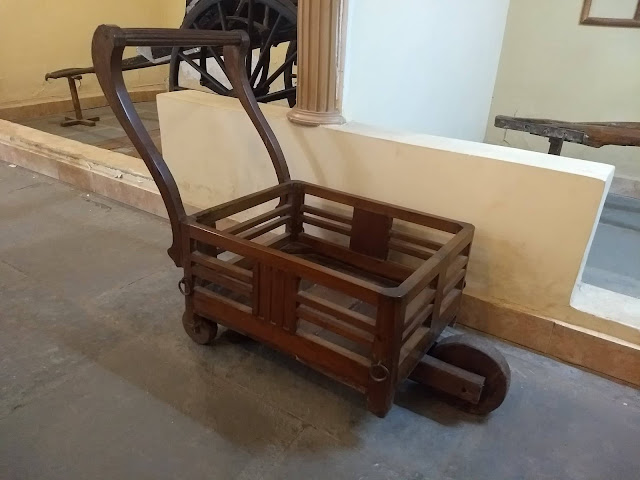 Pushpa took this photo and sent these notes with it:


Wheelbarrow 17th century
Made in West Bengal
We saw it at the Goa chitra museum in South Goa, and I thought you would like this snap:)
The museum's underlying theme was all things wheel. Private collection of someone by the name of Victor Hugo, Which interestingly is a popular Goan name:)


That interested me so I went to look for the guy.


Three museums on the ordinary citizen 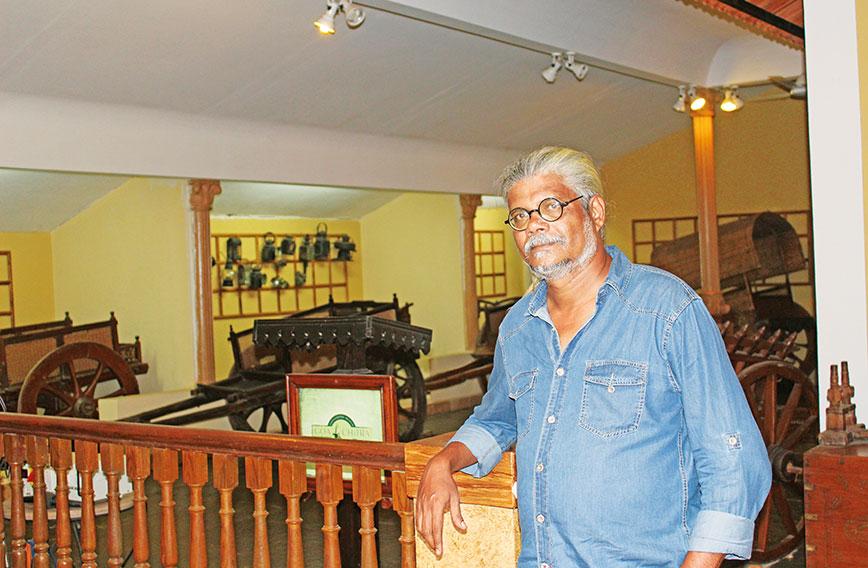 About a year ago a Russian girl made a frantic call to Victor Hugo Gomes, curator and founder of the internationally renowned Goa Chitra Museum. The architect in whose house she had rented a room had passed away and the family was going to put his collection of books to the torch. Victor acquired the collection. Among the many books was a diary dating back to 1861 and a mysterious woman named Isabella Michael.

Why did that Russian girl think of Victor Hugo Gomes?

Two years ago the temple committee of the Shree Bugga Sangameswara Swamy Temple in Guntakal, Andhra Pradesh got in touch with Victor. A rath belonging to the temple was on the verge of destruction and they desperately needed someone to preserve it. The rath was eventually sold to Goa Chitra Museum and it now stands at the entrance, totally restored, granite wheels and all.

Why did the temple committee think of Victor Hugo Gomes?

Because single-handedly he has set up three museums in a span of seven years — Goa Chitra, Goa Chakra and Goa Cruti. The museums aren’t about kings and rulers or about famous men and women but about the common man. There are saxophones, clay apparatus for distilling feni, surgical implements, ploughs, cameras, walking sticks, colonial furniture and the original plaques from the casket of St Francis Xavier. The common theme is the ordinary man.

“If you have noticed, the artifacts and the museum are not guided by aesthetics, but by utility,” says Gomes. “Everything here has utility value and was used by common people over the years.”

When Goa Chitra was inaugurated in 2009, the ceremonial lamp was lit by six traditional professionals: a toddy tapper, a farmer, a basket weaver, a fisherman, a coconut plucker and a potter. Nothing symbolises the ...
At that point I would have needed to subscribe to read the rest, but if you're interested, this might lead to other articles and videos: Google search for Victor Hugo Gomes
Posted by Sandra Dodd at 11:20 AM No comments: 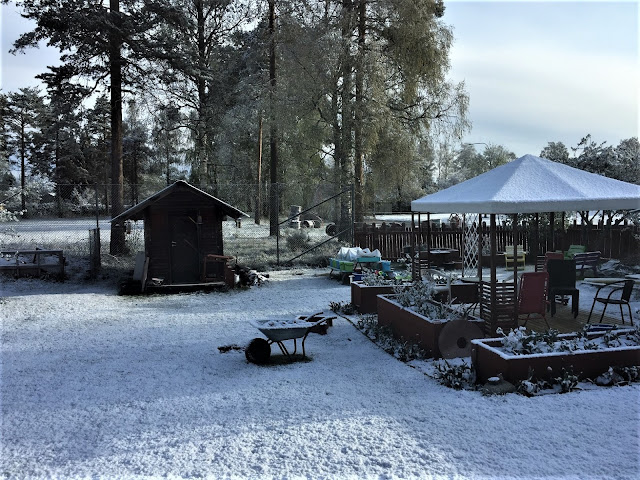 Posted by Sandra Dodd at 6:09 PM No comments: