"Collecting snow for an attempt to build a snowman..."—Cathy Koetsier, Norfolk, England 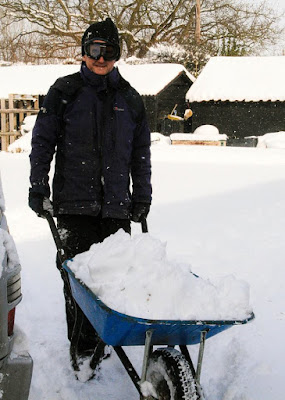 In the snow in East Sussex

Janine Davies has sent me many beautiful wheelbarrow photos, and today their red wheelbarrow looks great in the new snow! 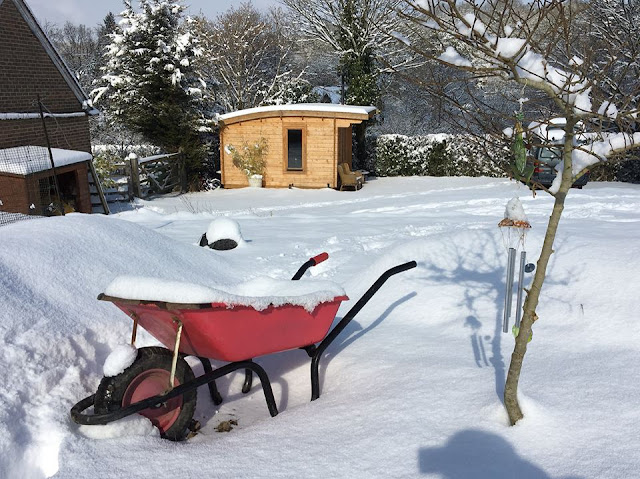 Posted by Sandra Dodd at 9:37 AM No comments:

In Albuquerque, there is tax-funded public art. We knew someone working on tile art—involving kids, teens, people in nursing homes—in a project that would be installed along the drainage of Hahn Arroyo in the Northeast Heights.

Details of the murals were created in pieces, and set together, then filled in between, cemented over with a method created by a company in El Paso (contracted to do the final pass), and that's their wheelbarrow. They take off the top layer of the cement after several hours, and polish up the tile.

At the time of that work, when I described it, I said that Will was paid to put water between fish. His job was much more wonderful, but he did do the arrangement and fill-in of the fish, bugs, and other creatures that had been created in mosaic with his help by people in the community. 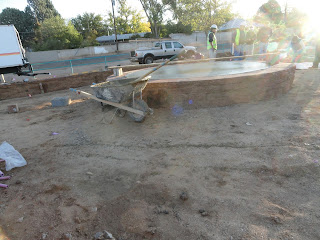 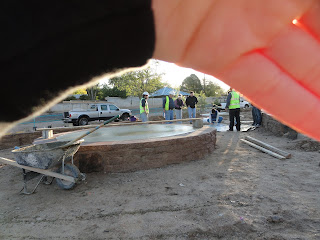 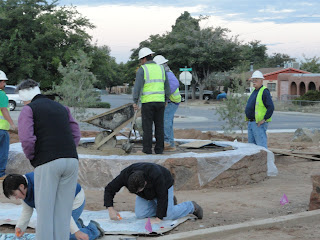 Posted by Sandra Dodd at 3:20 PM No comments:

Our wheelbarrow, our back yard

My back gates (one remote controlled for cars, and a wooden one for foot traffic), and the wheelbarrow, standing, viewed from behind an old Dodge pickup we don't have anymore. It had holds in the sides of the bed for 2x2 or steel pipe, so people could put a cattle rack, or staves (as there is one, there, to the left). And the broom is stuck in one of those holes right behind the cab. There was usually a pitchfork in the other behind-cab hole. It made the truck intimidating.

But here, it's being a frame for a (candid) wheelbarrow portrait. 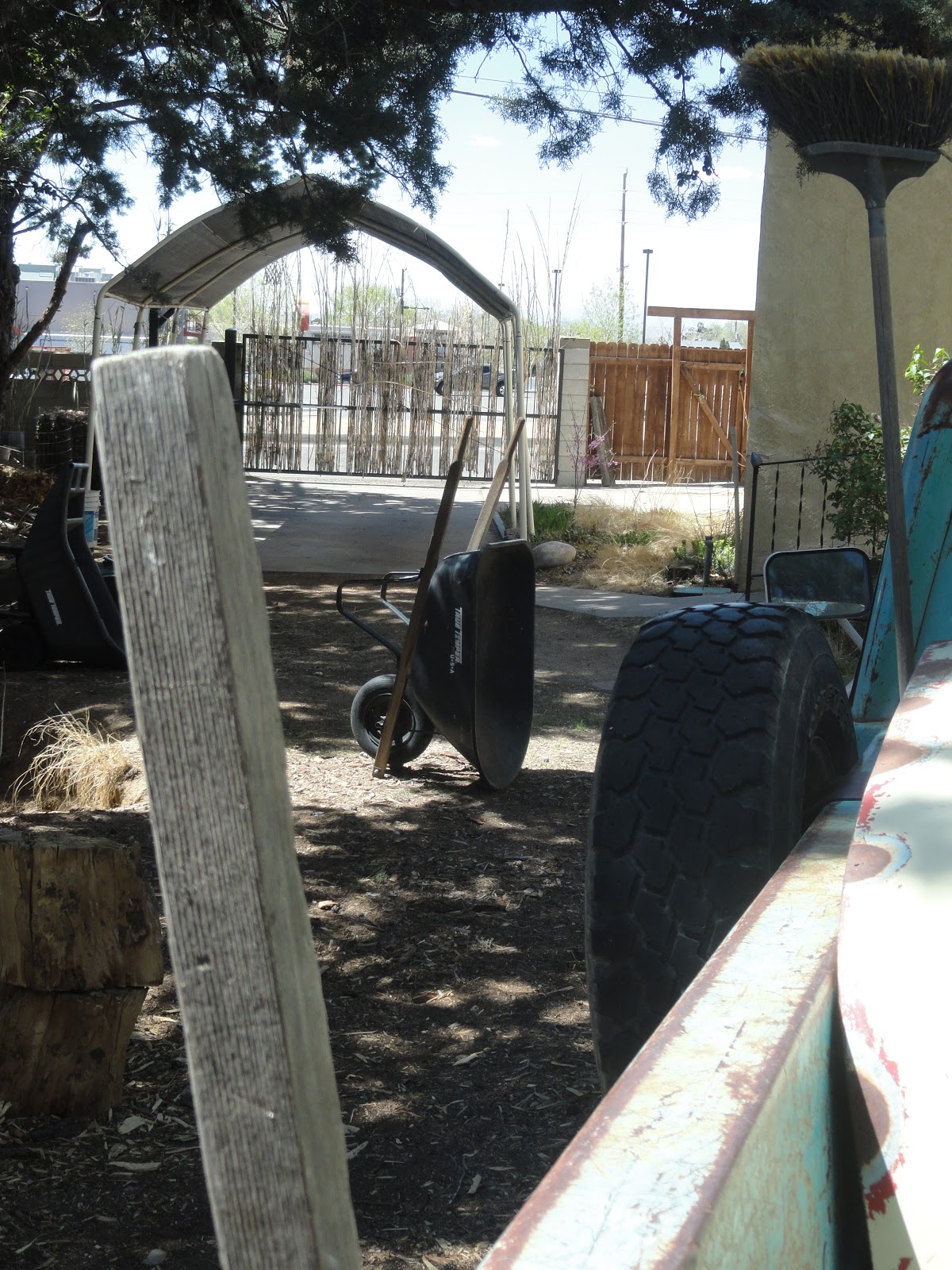 The front of the house is 2905 Tahiti Ct. in Albuquerque, but the back gate looks out toward Juan Tabo (across a parking lot between Fastino's and Discount Tire).
Posted by Sandra Dodd at 5:48 PM No comments:

Real barrows. The one in the foreground seems solid. The one on the ground, more flimsy, perhaps. Not sure.

The photo is by a French journalist. (article here)

Posted by Sandra Dodd at 9:53 AM No comments: