Episode two of "Thank You," a Korean television drama from 2007. 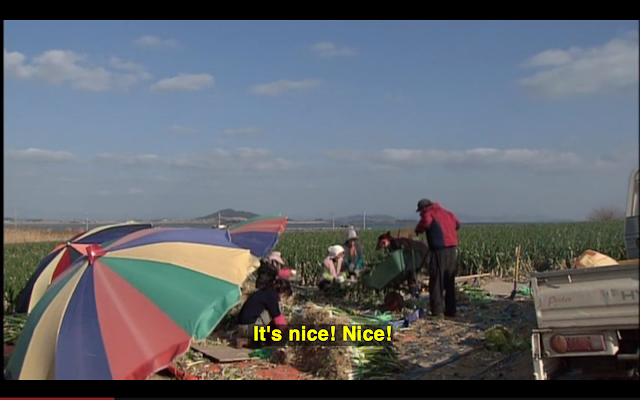 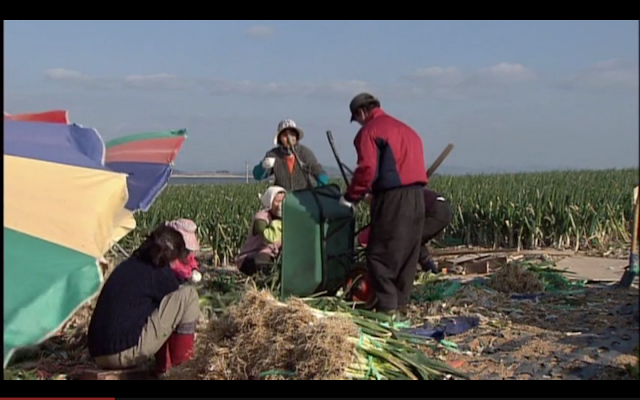 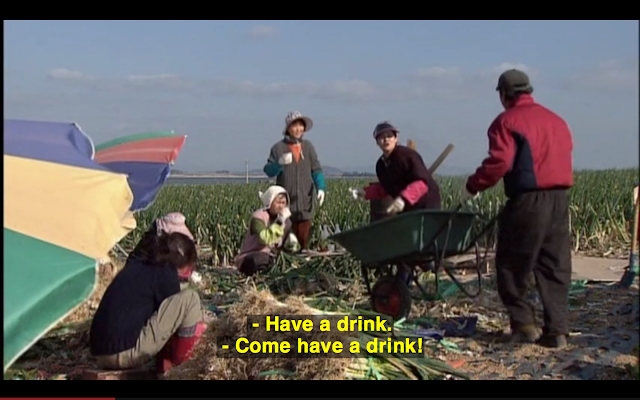 Posted by Sandra Dodd at 6:03 PM No comments:


This wheelbarrow is just like one Colleen sent a photo of the other day. I looked and thought I'd never seen one quite like that, and then that video popped up while I was looking for something entirely unrelated. 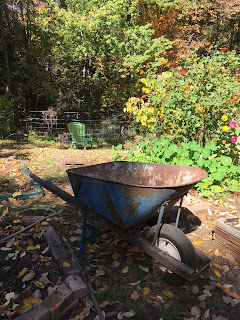 Poem (which is the voice-over, and is great) by Eric Johnson

Imagine the surprise to those passing by,
the quizzical looks, the wondering why.
What's that in the woods on the edge of Cle Elum?
Would anyone believe ya if you dared even tell 'em?

The wheelbarrow's a rickshaw for dirt and debris,
a long shot for glory and immortality.
But there in the trees among pine cones and sparrows,
is a sky scraping tower of rusty wheelbarrows.

There was no master plan when he first stacked dirt carriers,
imagination and gravity his only true barriers.
Does he rent them? Does he steal them? Is he on the straight and narrow?
Does his old dog Hunter beg, steal and wheel-barrow?

But he could only go so far without pushing his luck,
what the stacker really needed was a big fire truck.
And then just this morning, like a gift dropped from heaven,
came the big ladder truck from fire district seven.

Of all the great towers in all this great world,
we should remember and try to be mindful.
Spectacular feats of engineering and vision,
Babel, and Pisa, Eiffel.

But when they ask you to name the greatest of towers,
made by kings, czars or pharaohs,
Be sure to tell 'em,
'bout the one in Cle Elum,
Known simply as "Tower Wheelbarrows"

And when the stacking is done
and the stacker grows old,
there will be no sad goodbye.
He'll look up for a while then Stephen will smile,
and climb his wheelbarrow stairway to the sky.

-Eric Johnson
Posted by Sandra Dodd at 9:09 AM No comments: 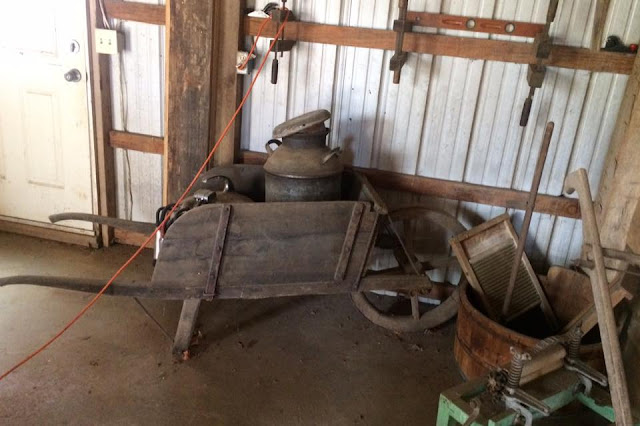 Photo sent by Suzanne Perkowski, taken at Ort Farms, in New Jersey.
Posted by Sandra Dodd at 6:02 PM No comments:

Colleen Prieto wrote: "Our elderly friend who lives in town lent us her fabulous old wheelbarrow so we could move woodchips from a pile in our front yard to the gardens out back. Thought you might like a photo :-)" 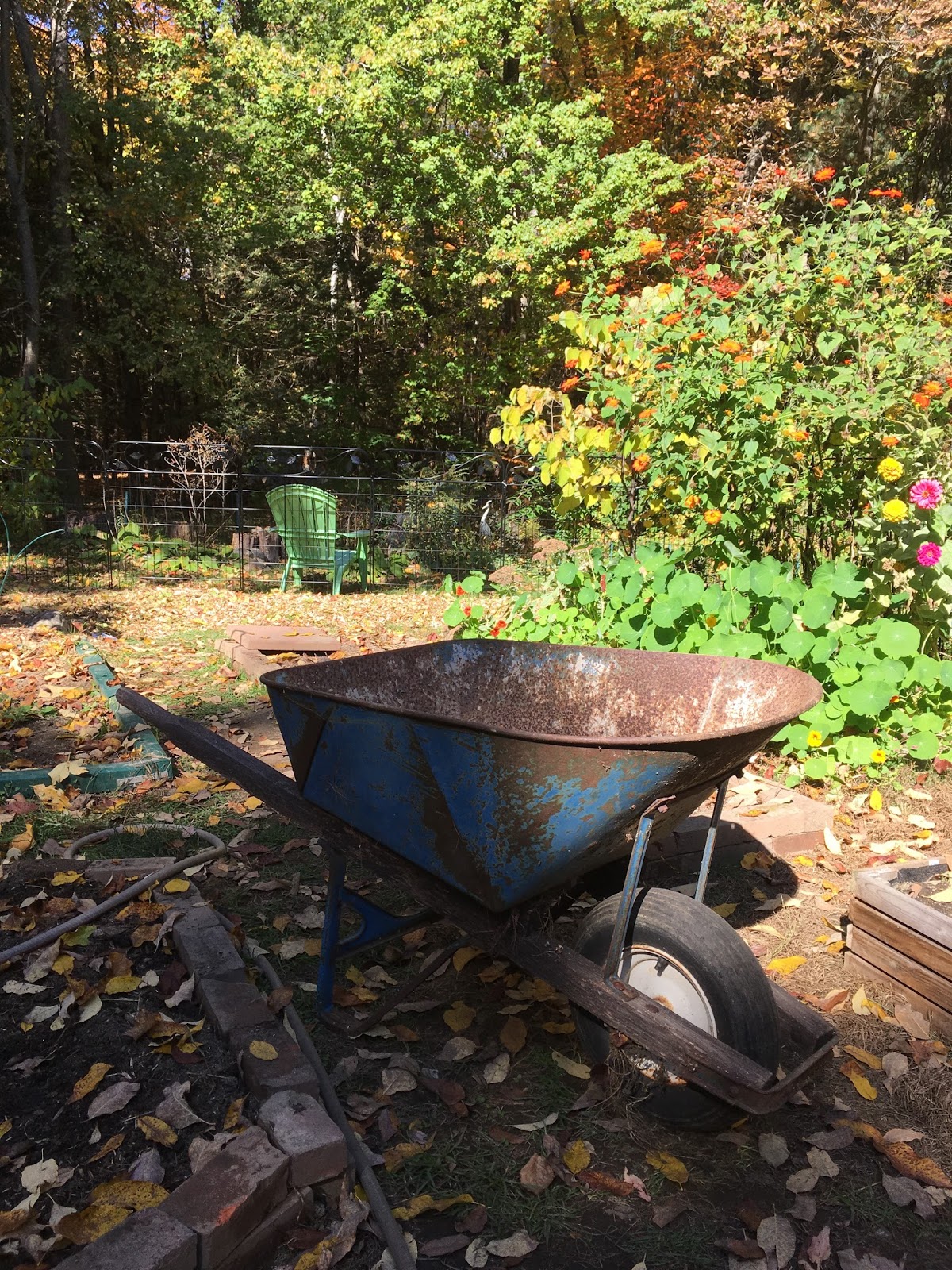 Posted by Sandra Dodd at 1:15 PM No comments: