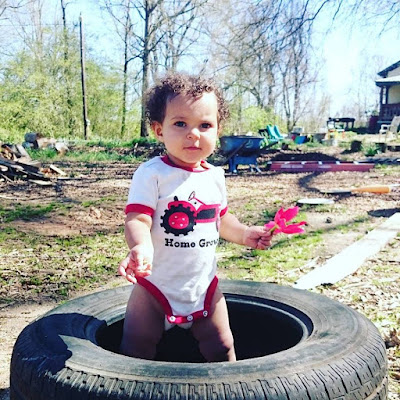 Lydia Koltai's photo of a beautiful child, with a blue wheelbarrow just being back there.
Posted by Sandra Dodd at 7:14 PM No comments: 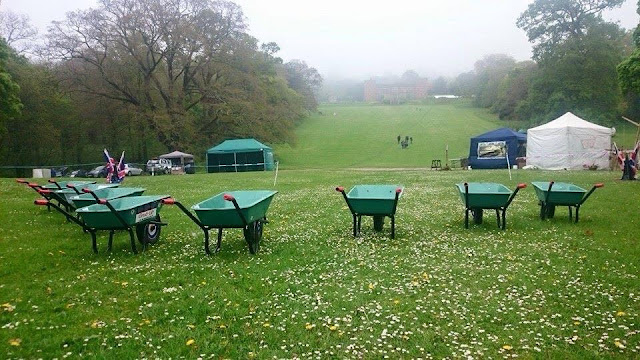 First, I love this photo. Rob Schnepp took it at Mount Edgcumbe, in Cornwall, while they were setting up. I asked for a larger image, and he sent it with these note:

The backdrop looked so good so I had to capture it with the Barrows.

I play the part of the Red Baron (or Red Barrow as he's now called).

In this particular show we started with our flags right up the top of the hill by the Manor House so it would look striking as we all walked down to the performance area. Aside from the weather (it was raining), I think we got the desired effect

The image links to a post on their site.

If you're in the UK, they have five appearances scheduled between the end of April and early August: Arrow Barrows (righthand column has the schedule). There are other images there, as well.

A previous post in this blog: Synchronized Wheelbarrows in Cornwall 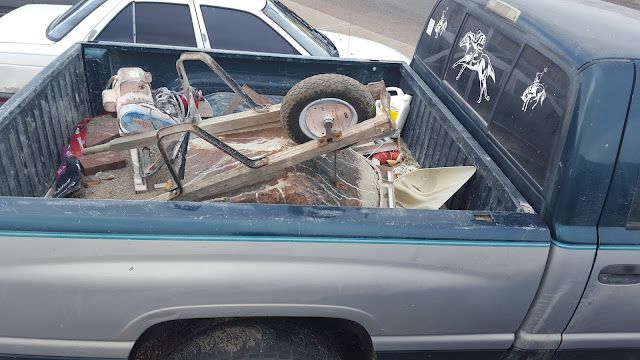 Posted by Sandra Dodd at 3:53 PM No comments: 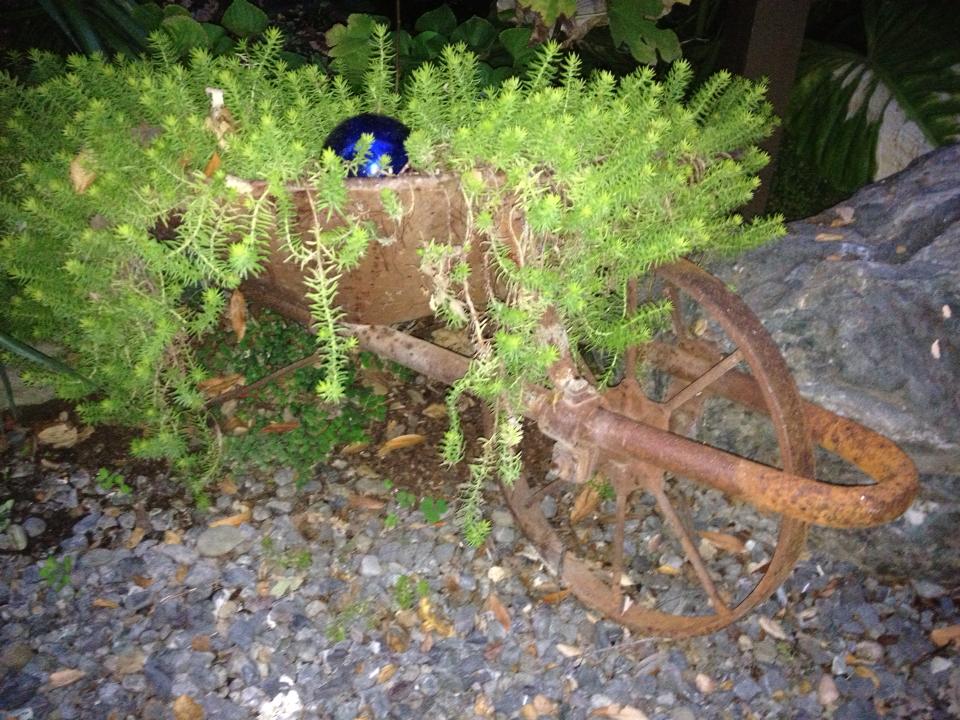 Also from Spot Nixon, whose recent photo stirred up old storage. Glad I found this.
I think it's holding burro's tail and a glass float, but if I'm wrong, please leave a message!

Posted by Sandra Dodd at 6:43 AM No comments:

This is similar to the wheelbarrow Holly photographed in Española. I think maybe they were/are sold for landscaping or planters, because they're not very practical-looking. Rubber tires have been around plenty long. :-) 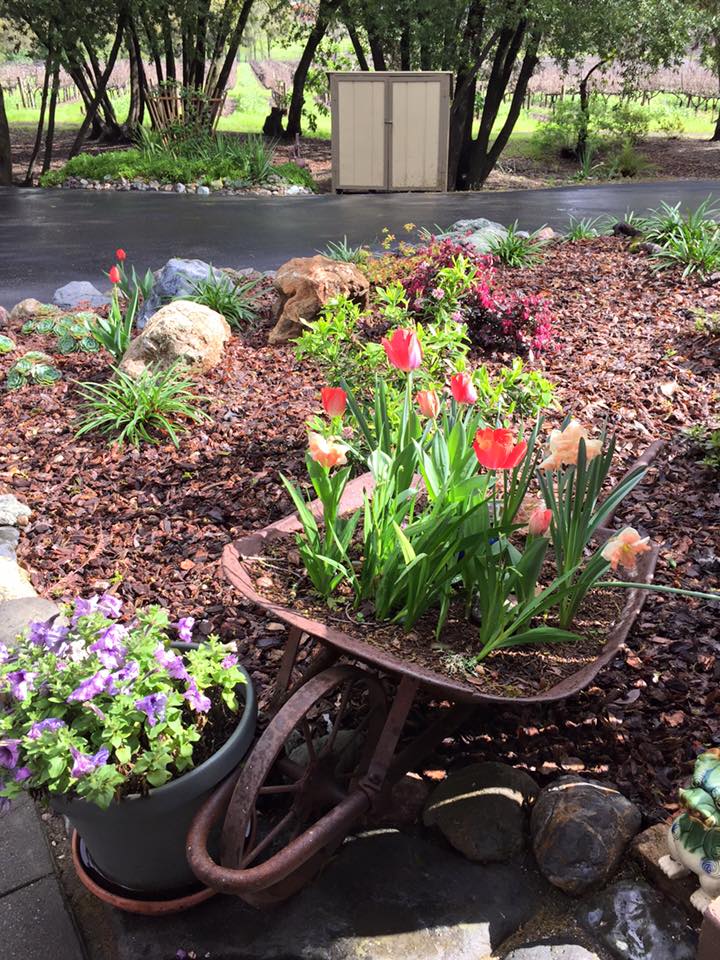 Posted by Sandra Dodd at 6:23 AM No comments:

On the same property as the all-steel wheelbarrow, different era of wheelbarrow. It's being protective (or something) of another piece of equipment I don't recognize. Holly took the photos. 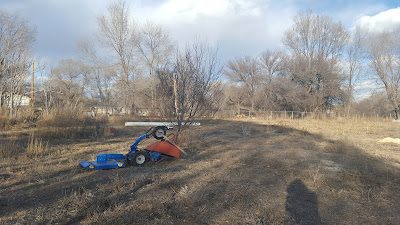 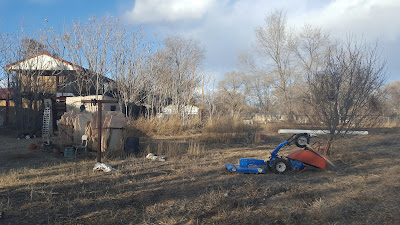 Posted by Sandra Dodd at 9:06 PM No comments: