The only real thing?

Karen James captured this wheelbarrow at rest, at Harley Farms Goat Dairy in Pescadero, California, in May 2016. 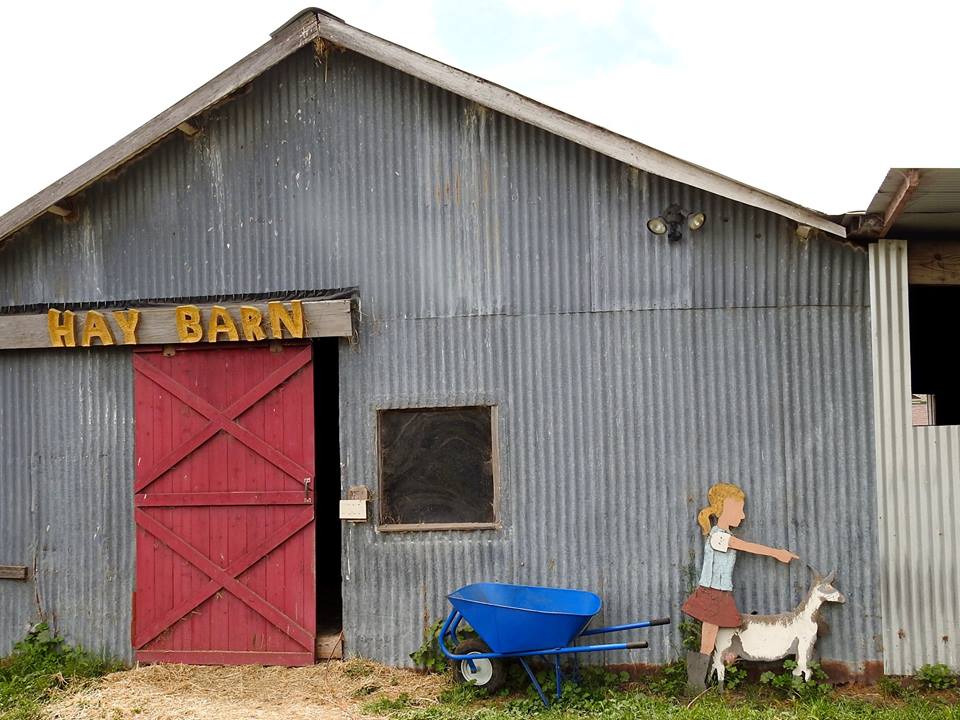 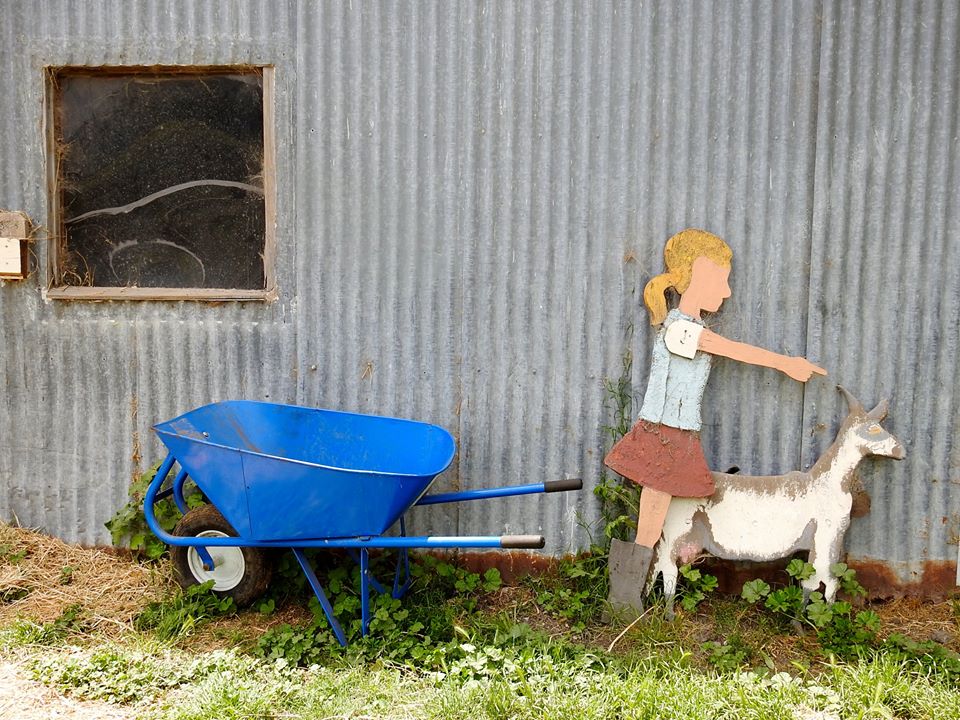 I asked her if the wheelbarrow was the only real thing, and she wrote:

Well, it's a real barn with real hay and real goats--about 120 goats. I think they use the wheelbarrow to transport the feed from the storage silos they had nearby to inside the barn to a feeding trough for the goats.

So I'll classify it as a working wheelbarrow, on break.
Posted by Sandra Dodd at 7:04 AM No comments:

Laurie McPherson found this on a facebook collection called "Avantgardens", with the following text:

“The wo/man who moves a mountain
begins by carrying away small stones.”
+ Confucius, The Analects
Photo: Satori Gigie 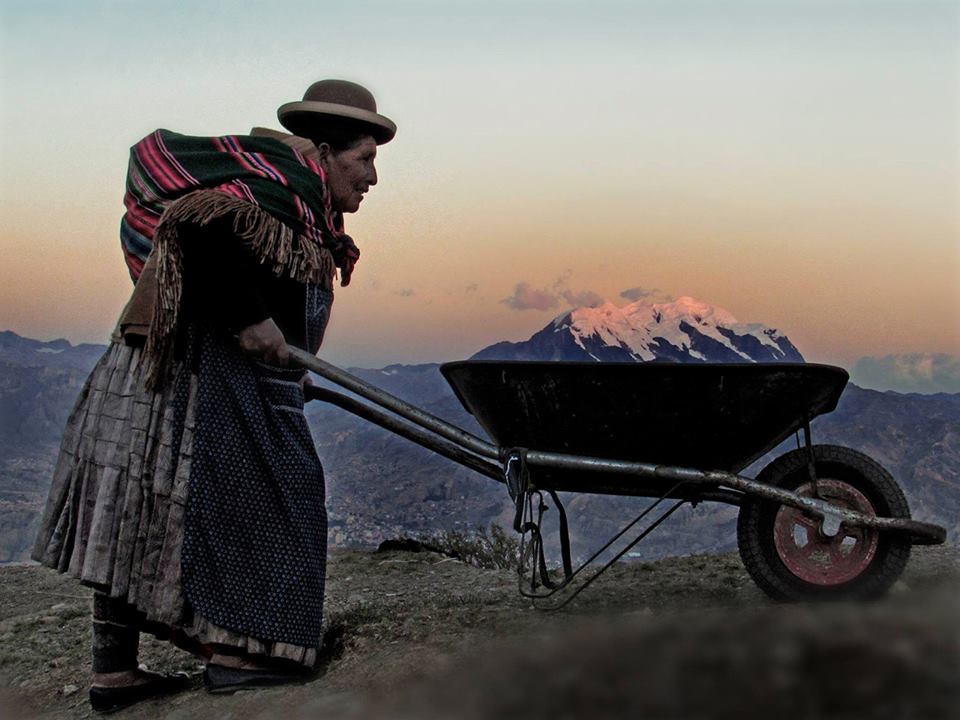 Posted by Sandra Dodd at 6:26 AM No comments:

Janine Davies wrote of this wheelbarrow in a front garden in East Molesey, Surrey, London, UK:

It's freshly placed and created, and being planted up as I write. I'll do an after picture for you when the plants are bigger. I like the design of it. 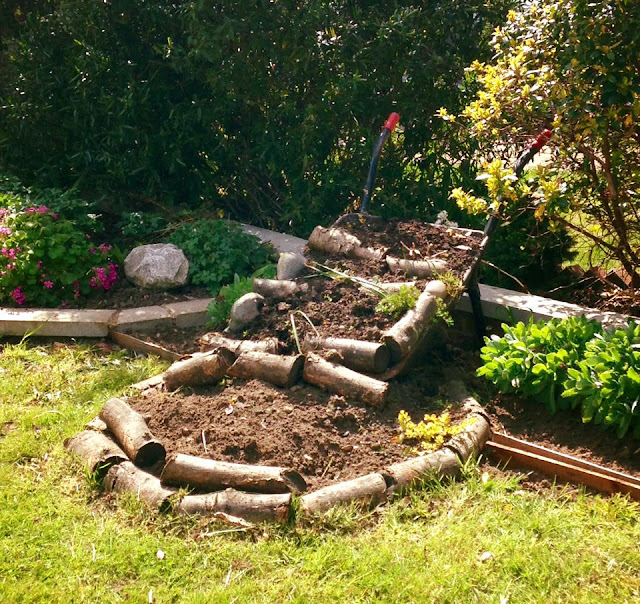 This one is now overflowing with flowers. I sent you a photo a while back of it when it had been freshly placed and there was only soil in it. One red handle appears to be the only visible sign of the barrow now. 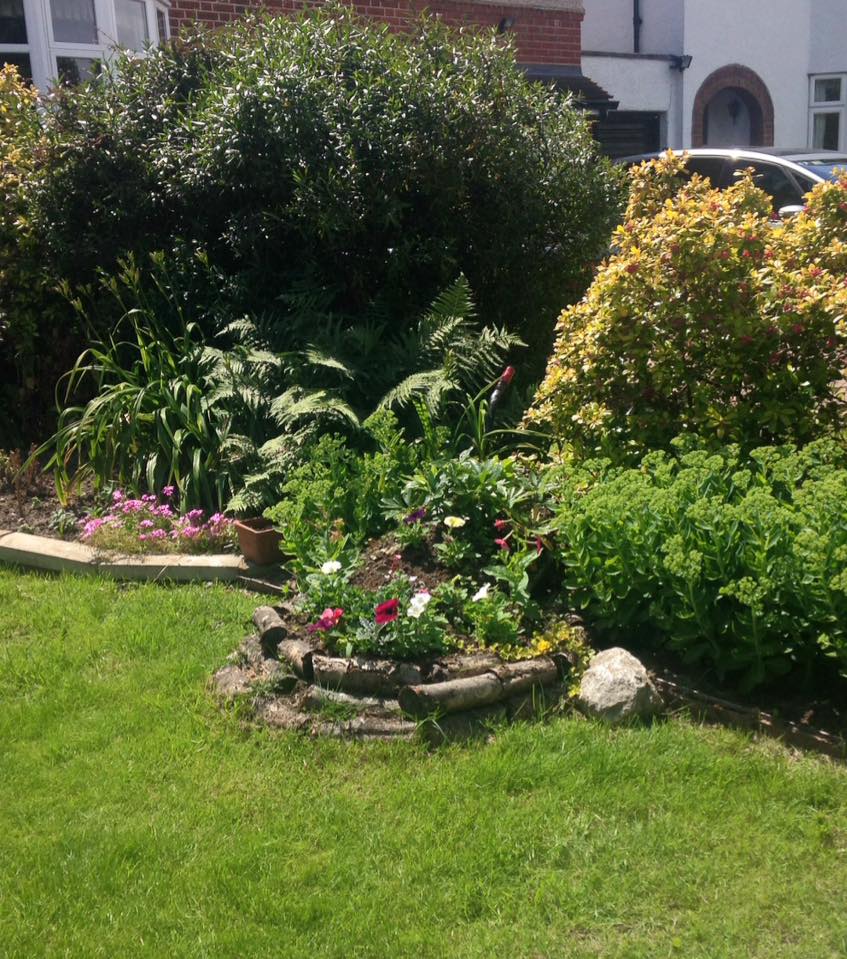